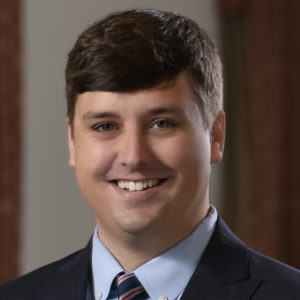 Under the Tax Cuts and Jobs Act, in 2026, the basic exclusion amount will drop to less than half of the current amount, so plan wisely

Under the current tax laws, it is easy to forget that the imposition of an estate tax could drastically reduce the amount you plan to leave for the next generation or even future generations.

Currently, the basic exclusion amount is just over $12 million per person. This would mean a married couple who have not done any lifetime gifting would need an estate that exceeds $24 million before there is any estate tax applied.

However, this will change soon. Under the Tax Cuts and Jobs Act (TCJA), in 2026, this basic exclusion amount will drop to less than half of the current amount to around $5 million. So, for the same couple mentioned above their estate would need to be just over $10 million for estate tax to start being applied and with the top end of the estate tax being 40 percent, this could severely impact a large number of people looking to give their money to those they care about instead of paying it to the government.

One of the most popular ways in which to lower an individual’s estate and still benefit a particular purpose is though charitable giving. There are two main ways in which charitable giving is accomplished. The first, and more commonly used is the intestate gift. An intestate gift is given to the charity or charities of your choice after you have passed away. This method is simple and easy to accomplish. However, the downside to an outright charitable gift is that there is very little control over how this gift is used by the charity after it is received.

The second way in which a charitable gift can be accomplished is through the establishment of a family foundation. A family foundation can be established during your lifetime, or at the time of your death, and can be a good option for individuals who wish to:

Create a legacy focused on their philanthropic interests;
Control how charitable funds are invested over time;
Participate in the management of charitable projects;
Teach children and grandchildren how to manage wealth more efficiently and effectively; and
Contribute to organizations that helped share their charitable interests.

While there are a number of things to consider when establishing a Family Foundation, they are great tools for those individuals who want to have a say in how their money is used to benefit others.

If you are interested in establishing a family foundation or just wondering how to go about making an intestate gift, please contact estate planning and tax law attorney Michael Huckle a call at 941.748.0100.