Employee Or Independent Contractor? Misclassifying Your Workers Can Have Serious Consequences 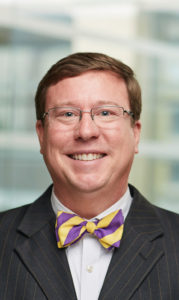 At a business association dinner last fall, I introduced myself to the gentleman sitting next to me. He was a retired business executive, now offering his substantial expertise to new entrepreneurs as a SCORE volunteer. When I told him I was a business lawyer, he asked me: “What is the most common legal issue for new business owners?” Without hesitation, I answered: “New business owners routinely misclassify workers as independent contractors, when those workers should be classified as employees.”

This issue came up again recently when a business owner called me for assistance with a Payroll Protection Program loan under the Coronavirus relief act. The new client explained to me that his company had two employees, himself and his business partner, but that the rest of their workers were classified as “1099s.” I had to explain to him that, unfortunately, the PPP Loan rules did not permit him to include payments he made to 1099 independent contractors in his payroll for purposes of determining how much he could borrow on a PPP Loan. We then discussed whether those workers that he had classified as independent contractors should, in the future, be classified as employees.

In my experience, misclassification seems to be more prevalent in certain industries. Other lawyers have observed the same trends. The law firm Pepper Hamilton studied reported cases from 2010 to 2015 and found that businesses in about 40 industries have been specifically targeted by federal or state agencies or have been the subject of class action lawsuits because of worker misclassification. Those industries include amateur and professional athletics, aerospace and defense, automotive, charities, cleaning and janitorial services, computer programming and technical consulting, construction, health care, landscaping, publishing/editing, security, and trucking, among others.

The Unpleasant Consequences of Getting it Wrong

For many years, misclassification was not high on the list of priorities at the IRS or the US Department of Labor (“DOL”). That changed around the mid-2000s, when the IRS, the DOL and state agencies began stepping up their audits of both for-profit businesses and non-profit agencies. In 2004, the IRS audited a non-profit youth soccer league in Fairfield, Connecticut, assessing the league more than $300,000 in back taxes, penalties and interest based upon the league’s misclassification of its coaches as independent contractors instead of employees. The league ultimately settled with the IRS, agreeing to treat its coaches as employees going forward and paying $11,600 in back taxes, thankfully only a fraction of the initial assessment.

The consequences of misclassification can be grave. Besides owing back taxes to the feds, the business will also owe state unemployment taxes and unpaid worker’s compensation premiums, and may owe unpaid overtime or minimum wages, medical expenses and unpaid vacation and sick pay.

A Multiplicity of Tests

If a big company like FedEx can get it wrong, even with the resources to hire the best attorneys to write the best contracts, what’s a small business owner supposed to do? The reason that business owners who want to comply with the law find it so difficult is the multiplicity of tests. Years ago, the IRS used a “twenty-factor common law test.” Around 2010, the IRS issued guidance that it would use a three-part test, emphasizing the degree of control that an employer has over the worker. The DOL’s test, which it uses to enforce the Fair Labor Standards Act’s minimum wage and overtime provisions, is known as the “Economic Realities Test.” The focus of the DOL test is the degree to which the worker is economically dependent upon the employer. Finally, each state uses a test to determine eligibility for worker’s compensation and unemployment benefits. Some state tests mirror either the IRS test or the DOL test, but many do not.

The IRS guidance describes three broad categories of factors that need to be considered in applying the “Control Test”: behavioral control, financial control, and the relationship of the parties.

1. Behavioral Control covers facts that show if the business has a right to direct and control what work is accomplished and how the work is done, through instructions, training, or other means.

The Administrator’s Interpretation document includes numerous examples of how the test should be applied in different situations. The underlying theme the DOL’s Economic Realities Test is that true independent contractors are in business for themselves, deciding which jobs to take, how much to charge, and when and how to do the work. Whether they succeed or fail in their chosen business is fundamentally within their own control. By contrast, a worker who is economically dependent on the company for whom he or she is working is not really in business for him or herself, but is an employee.

About a third of the 50 states use the “A-B-C Test” to determine whether a worker is an independent contractor: (A) the worker must be free from direction and control in connection with the performance of the service; (B) the worker’s service must be performed either outside the usual course of business of the employer and outside the employer’s places of business (some states only require one of these); and (C) the worker must be customarily engaged in an independently established trade, occupation, profession, or business of the same nature as the service performed.

Many states, including Florida, have entered into agreements with the IRS, the DOL or both, to share information and to cooperate in enforcement activities. An audit by the Florida Department of Revenue can thus spark an IRS or Federal DOL audit and vice-versa.

It is important to emphasize that it doesn’t matter if a business has a written contract with a worker that declares him or her to be an independent contractor. If the applicable test results in that worker being classified as an employee, then that worker is an employee, notwithstanding what the contract says. That being said, in a true independent contractor relationship it is a very good idea to have a written contract delineating the services to be provided, the compensation to be paid, and how the relationship can be terminated, as well as providing for indemnification, insurance requirements of the contractor, etc. We recommend that businesses currently using independent contractors on a regular basis should review those relationships based upon the tests described in this article. If the workers at issue truly are independent contractors and the business does not have written agreements with those independent contractors, the lawyer for the business should draft appropriate contracts. If the business already has written independent contractor agreements, but they were not prepared by an attorney or an attorney has not reviewed them recently, we recommend that you have a qualified business lawyer or employment lawyer review them as soon as possible and modify them as necessary. If a company is not certain about the proper classification of its workers, we at Blalock Walters stand ready to assist with that analysis. The IRS, DOL, and Florida Department of Revenue, as well as the plaintiff’s bar, are all paying attention even if you are not.