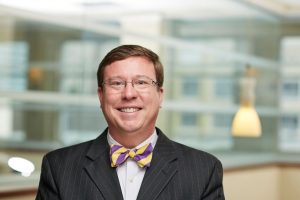 Estella Havisham and Abel Magwitch each founded construction companies as C corporations in the mid-1980s, in similar but non-competing markets. In the early 2000s, Estella and Abel each decided that they wanted to retire and exit their businesses by 2010.

Estella began by investing heavily in equipment and went on a hiring spree to keep up with the high housing demand. She typically worked 60-hour weeks. Always a hard worker who didn’t see the need for consultants and attorneys, the only advisor she spoke to was her CPA, and that was only during tax season.  Despite her CPA’s suggestions, Estella did not convert her C-corporation to an S-corporation, knowing that she could “zero out” every year by paying herself bonuses and by maximizing her deductions.  Hard work and a drive to succeed in a man’s industry had gotten her this far, and she was sure it would bring her a successful retirement.

After getting his appraisal, Abel called his CPA, alerting her of his desire to exit his company within eight to 10 years.  Abel’s CPA directed him to an attorney she knew who specialized in business transition planning.  The attorney first reviewed Abel’s estate plan to make sure all was in order.  He then asked Abel about his management team, inquiring whether they had the wherewithal to run the company in the event something happened to Abel.  Identifying the gaps in his management team, Abel went to work filling them, while the attorney prepared employment agreements with strong incentive programs and non-competition covenants.

The CPA filed the necessary paperwork to convert Abel’s C-corp to an S-corp, a process that would take about 10 years because of the built-in gains Abel had amassed over the years.  The CPA encouraged Abel to build up the company’s reserves, initially by taking less in current compensation.  Over the next five years, as his management team got up to speed, Abel gradually went from working 60-hour weeks to 30-hour weeks. His attorney referred him to a business broker with a proven track record in the construction industry, who identified two smaller competitors for acquisition to broaden the company’s market share.  By the end of 2007, Abel was confident that he had key employees in place who could either buy the company when he was ready to retire or could run the company if Abel chose to sell to an outside buyer.

The “Great Recession” hit the housing industry like a hurricane in 2008, and both companies suffered. Estella’s cash flow fell dramatically. She had to lay off most of the people she had hired several years earlier. The equipment she had purchased often sat unused.  Through hard work and determination, Estella kept the business afloat and kept to her plan to retire by 2010.  Although her business was valued at just $6 million in 2010 ($2 million short of her $8 million goal), Estella decided to sell because she was tired of working 60-hour weeks. The best offer she got was for $5.5 million.  While her attorney was able to lessen the tax hit by allocating a sizable portion of the purchase price to personal goodwill, the company’s C-corp status resulted in “double taxation,” of the remainder of the purchase price, resulting in a $2.25 million net payout to Estella.

Abel’s company felt pain during the recession, too, but his layoffs were minimal, thanks to the cash he had saved through strategic tax planning. The two companies he bought years earlier increased his business’ value to $15 million, and his strong management team made his company attractive to buyers despite the Great Recession. His conversion to an S corporation lowered the taxes on his company’s sale and in 2010, he sold to an outside buyer, netting $10 million post-tax.

When starting their businesses, both Estella and Abel had big plans.  They both worked hard and implemented strategies that they thought would help them reach their financial goals.  Building value in their business and protecting that value were paramount.  But one sought out professional advice and the other decided to go it alone.   Both suffered setbacks, and both ended up selling their businesses as planned.  But Abel benefited greatly by consulting with appropriate experts well before his planned exit date.  He implemented their recommendations and ended up much better off than Estella who decided to save money by not consulting with experts and going it alone.

Blalock Walters is a business-focused law firm.  We handle business formations, purchases and sales, and exit planning.  We work with other professionals, such as CPAs, business consultants, and investment bankers to help business owners maximize the value of their companies.

Do you have an exit strategy for your business? Contact Matt Lapointe to start a discussion about exit planning or for answers to other business law inquiries at mlapointe@blalockwalters.com or 941.748.0100.