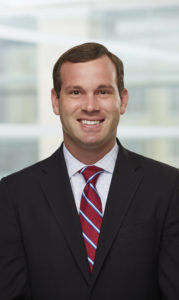 In layman’s terms, customary use is what allows the public to enjoy Florida’s beaches without interference from the neighboring beachfront property owners. If you’ve traveled to beaches around the state, you have probably seen cordoned off sections of the beach—attempts by private property owners to stake their claim to a patch of prime coastal property. However, these attempts by private property owners to assert dominion over their land are often in direct opposition to the public’s ability to fully utilize Florida’s treasured and world famous beaches. Meanwhile, most citizens and tourists alike frolic along the sandy coastlines without realizing that this is actually a battlefront of competing, and compelling, property rights.

In more technical terms, customary use means that “if the recreational use of the sandy area adjacent to the mean high tide has been ancient, reasonable, without interruption and free from dispute, such use as a matter of custom, should not be interfered with by the owner.” After reading this quotation word for word, one might wonder: Where did this definition come from? Why mean high tide? What is ancient, reasonable, and free from dispute? All are important inquiries, so we’ll start with the easy answers and then tackle the more difficult question.

This description of “customary use” comes from a 1974 opinion of the Florida Supreme Court, in the case of City of Daytona Beach v. Tona-Rama, Inc. This case arose when the owner of beachfront property built an observation tower on the sandy parcel of land lying seaward of the sea wall, but landward from the hard packed driving surface of the beach (in Daytona Beach, you can actually drive your car on the sandy beach along the ocean!). The parties agreed that this area was not inundated by ocean water, except during hurricanes and extremely high tides. Although the case was decided in favor of the tower-builder, the decision is nonetheless seminal in establishing and explaining the right of the public to use the portion of the beach commonly not covered in water by the tidal flows. As the court so eloquently noted, “No part of Florida is more exclusively hers, nor more properly utilized by her people than her beaches.”

In fact, while the doctrine of customary use is judicially created common law, the right of the public to use the beaches of this state is enshrined in the Florida Constitution. Specifically, this right originates in Article 10, section 11, deemed the “public trust doctrine,” which leads us to another key definition and the answer to the second question above. The public trust doctrine (as simplified) sets forth that “title to lands under navigable waters … including beaches below mean high water lines, is held by the state … in trust for all the people.” To further clarify, the state generally owns all the coastal property in Florida that is seaward of the mean high tide line for the benefit—and use—of the public.

At this point, let’s picture a beautiful, warm, sunny day at your favorite Florida beach. You lay out a towel in the sand, pop up a beach umbrella, and begin to leisurely read your new book. The hours pass by and the waves roll in, until the water laps at the foot of your towel. Wanting to stay dry, you move your beach gear back toward the dunes and then plop down to start the next chapter. Suddenly, from the balcony of the house behind you, comes a loud yell, “HEY YOU! Get off my property!” You look around, stunned. Moments ago you were enjoying a perfect day at the beach… now you’re trespassing on private property. What just happened?

At first, you were legally on state owned land, courtesy of Florida’s public trust doctrine. But, as soon as you moved landward of the mean high tide line, you entered private property, which (without permission) is considered trespassing. Now, you finally understand the purpose of customary use! If the beach has been recreationally used by the public in a manner that is “ancient, reasonable, without interruption and free from dispute,” your use of the dry sandy beach should not be interfered with by the owner, even if you are on his or her private property.

Lastly, we are left with the question: What is ancient, reasonable, and free from dispute? This question puzzled courts and coastal communities alike for several decades. Then, a couple of years ago, Walton County, situated along the coast in Florida’s panhandle, came up with a creative solution. The answer was simple: to pass an ordinance documenting the customary use of Walton County beaches since before 1970 and asserting that “[t]he public’s long-standing customary use of the dry sand areas of all of the beaches in the County for recreational purposes is hereby recognized and protected.” Thereby, every beach in the county was subject to the public’s customary use and obstructions such as ropes, chains, signs, or fences were prohibited.

In opposition to this local ordinance stood state lawmakers and many of their constituents owning beachfront property, who did not condone the broad-sweeping approach to establishing customary use. They reasoned that customary use was a judicially created doctrine, which had always been decided on a case by case basis, not as a county-wide determination. After garnering enough support, the state legislature responded in 2018 with a law prohibiting local governments from adopting or keeping in effect an ordinance or rule establishing customary use of any portion of the beach above the mean high-water line, unless the ordinance or rule is based on a judicial finding of customary use.

Instead, a local government that seeks to affirm the existence of customary use on private property must follow specific notice and public hearing requirements, and then seek a judicial determination in circuit court. The only exception to these requirements is for local governments with ordinances or rules that predate January 1, 2016, or July 1, 2018. If adopted prior to 2016, the ordinance or rule may remain in effect. If adopted prior to July 2018, the local government may use customary use as an affirmative defense in any proceeding challenging its ordinance or rule. To be sure, the new law is a victory for proponents of private property rights for those along Florida’s coastline. On the other hand, the ship has now sailed for local governments seeking to establish the public’s right of customary use on a mass scale along their coastlines.