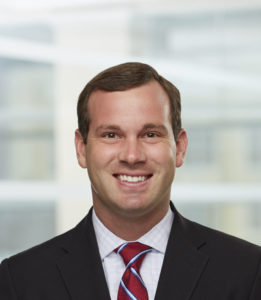 What is your conception of the American dream?  For many, it starts with a house.  They visualize a home with a yard, inhabited by their loved ones—family, pets, or whomever they are closest to in this world.  The home means more than a just roof over their head.  It often represents a sense of belonging in the community, an achievement of status with their peers, a significant financial investment in their future, or a feeling of being rooted in a stable environment where their loved ones can flourish and grow.

Manatee County Habitat for Humanity strives to enable homeowners in our community to attain their dream of owning a home and realize the myriad benefits of home ownership.  To be clear, homes are not given away to Habitat for Humanity homeowners.  The homes are earned.  The homeowners work diligently prior to the purchase by participation in financial literacy courses, the homes are paid off over several years through zero interest loans, and the homes are sustained through community leadership programs and involvement in the neighborhood associations that the homeowners’ residences belong to.

The benefits of having a stable home in a quality neighborhood are wide-reaching.  A historical analysis of housing for low-income individuals bears out this concept well known by community activists, especially those in the affordable housing arena.  In the past, segregation in housing resulted in enclaves of concentrated poverty, which was perpetuated by the structures of public housing subsidies and welfare programs that tend to tie low-income persons to their current residences.  But a novel housing experiment in Chicago from the late 1970s demonstrated that relocating families from urban areas blighted by poverty to suburban neighborhoods led to drastic improvements in employment and educational achievement.

Here in Manatee County, although a far cry from Chicago geographically and demographically, we still suffer from a severe shortage of affordable housing for a significant percentage of the population.  2016 figures from the Florida Housing Data Clearinghouse estimated that in our neighboring county to the south, Sarasota, 42.2% of all households are dealing with an unaffordable living situation.  High rental rates in housing throughout Sarasota and Manatee counties leads to families spending a disproportionate amount of their income on housing, rather than allocating precious resources to necessities such as food, transportation, and insurance.  It’s no surprise that people who are less concerned with how to pay rent each month are also able to focus more of their time and effort on other significant life pursuits, including advancement in education and employment.

The opportunities to “do good” and contribute to bettering the community in which you work are plentiful in Manatee County, an area that abounds with worthy causes and has an array of exceptional non-profit organizations.  Habitat for Humanity is an organization that I’ve had the privilege of serving as a board member for since last summer, and the need has never been greater during these unusual times to support local non-profits such as Habitat for Humanity that make a tangible impact in Manatee County.  Because we, the Manatee County Bar Association, are influencers and well-connected in the community, we can, through our collective efforts and outreach, help people from all walks of life realize one of the most elemental components of the American dream, owning a home.  In doing so, we enhance the lives of our community members and make great strides in bringing housing justice to Manatee County.