Limited Exemption from Non-Compete Agreements for Some Florida Physicians 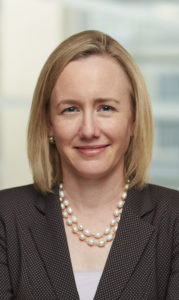 Earlier this year, Florida’s statute governing non-compete agreements was revised to prohibit the enforceability of non-compete provisions against some Florida physicians. Specifically, Florida Statute 542.336 was enacted to provide that a restrictive covenant entered into with a physician “who practices a medical specialty in a county wherein one entity employs or contracts with, either directly or through related or affiliated entities, all physicians who practice such specialty in that county” is unenforceable. The law further prohibits the enforceability of the restrictive covenants for the period of three (3) years from the date after a second unrelated entity employs one or more physicians in the county.

While the statutory provision went into effect on July 1, 2019, it expressly applies to restrictive covenants entered into prior to this date by stated that covenants meeting the criteria are “void and unenforceable” under the current law. The Florida Legislature’s expressed intent in establishing the prohibition is related to its finding that such covenants in the circumstances proscribed under the statute restrict patient access to physicians and increase costs.

Not surprisingly given the prevalence of restrictive covenants in physician employment agreements along with the statute’s impact on existing contracts, shortly after the statute was enacted a legal challenge was raised by an employer of physicians 21st Century Oncology, Inc. (“21st Century”). In a lawsuit filed against Florida’s Attorney General and Secretary of State in federal court for the Northern District of Florida, 21st Century alleges that the law is unconstitutional on several grounds. It further contends that the law was the result of special interest lobbying.

Notably, 21st Century presented the court with evidence that until earlier in 2019 all nine of the radiation oncologist in Lee County where under its employ and thus, covered by the statute. However, by the time of the lawsuit, five of nine of these physicians had left 21st Century’s employment and were alleged to have remained practicing in Lee County. While these physicians had restrictive covenants in their employment agreements with 21st Century that would have arguably prohibited them from continuing to work in Lee County post-employment with 21st Century, in light the new statute, these restrictive covenants were unenforceable.

The lawsuit is still pending. In August 2019, the federal judge presiding over the case denied 21st Century’s request for a preliminary injunction that would prohibit enforcement of the statute. In denying the motion, the Court cited that fact that 21st Century had failed to establish a substantial likelihood of success on the merits which is a requirement for the “extraordinary” relief of a preliminary injunction. Litigation proceeds as to the purported unconstitutionality of the statute and no doubt this case will be closely watched for its future impact on non-competes in Florida.

Overtime and Minimum Wage Exemption Changes
As expected, the Department of Labor released its new rules which go into effect on January 1, 2020. The new rules update the minimum compensation thresholds for the white collar exemptions (executive, administrative, or professional employees) from the FLSA’s minimum wage and overtime pay requirements. Two of the revisions include:
– Raising the salary level for white collar exemptions from the current level of $455 per week to $684 per week (or $35,568 annually); and
– Raising the total compensation for highly compensated employees from the current level of $100,000 annually to $107,432 annually.

Florida’s 2020 Minimum Wage
Consistent with Florida’s Minimum Wage Act, the Department of Economic Opportunity calculated Florida’s new minimum wage. Effective January 1, 2020, Florida employers will be required to pay a minimum wage of $8.56 per hour which represents a ten-cent increase. For tipped employees the minimum wage increased to $5.54 per hour plus tips.

For more information, contact labor and employment attorney Anne Chapman at 941.748.0100 or achapman@blalockwalters.com.