Is Your Real Estate Commission a Violation Of Antitrust Laws? 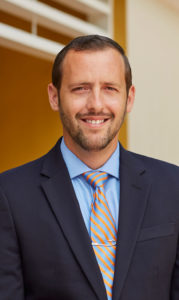 Are real estate associations, brokers and agents violating antitrust laws, thereby exposing themselves to the threat of litigation and possible lability, through their commission structure?

A home seller recently filed a lawsuit in the United States District Court for the Northern District of Illinois claiming that such antitrust violations have injured him. Before dismissing this as a problem for our northern brethren, two important aspects need to be considered.

First, the seller has filed his lawsuit as a class action. Second, the seller has alleged that other class members who were harmed include sellers in Florida regions including Sarasota, Tampa, Orlando, Fort Myers and Miami. Accordingly, this lawsuit, if successful, may have a substantial impact on local real estate transactions and may open the door to future litigation against local real estate brokers and agents.

What are Antitrust Laws?

Before delving into the substance of the recently filed lawsuit, a brief overview of antitrust laws is in order. The crux of American antitrust laws is the federal Sherman Act. Under the relevant section of the Sherman Act, an individual or entity may be liable if there is an agreement which unreasonably restrains competition and which affects interstate commerce.

To help enforce the Sherman Act, Congress gave power for individuals to bring claims directly for violations. Further, individuals are able to sue not only for their actual damages, but for treble damages and attorneys’ fees. The specter of treble damages and paying for the other side’s attorneys’ fees is a strong incentive for would be violators to comply with the Sherman Act; however, it also creates a strong incentive for plaintiffs and their attorneys to file lawsuits at the mere hint of a possible violation.

The current lawsuit was filed by Christopher Moehrl, on behalf of himself and all others similarly situated, against The National Association of Realtors; Realogy Holdings Corp.; Homeservices of America, Inc.; Re/Max Holdings, Inc. and Keller Williams Realty, Inc. (“Moehrl”). The style of Moehrl has two important takeaways. First, this lawsuit has been filed against some of the biggest names in the real estate industry. Second, this is a class-action lawsuit.

In Moehrl, the plaintiff has alleged that the defendants have violated the Sherman Act by conspiring to require home sellers to pay the buyers’ brokers’ commissions and to make these payments at an inflated amount.

More specifically, the plaintiff has alleged that the defendants have adopted and implemented a rule that requires all seller brokers to make a blanket, non-negotiable offer of buyer broker compensation when listing a property with the Multiple Listing Service.

Prior Challenges to the Current Commission Structure

It is important to note that this is not the first time, nor even the first time this decade, that the current real estate commission structure has been challenged.

In 2014, the United States Sixth District Court of Appeals reviewed a class action suit which had alleged that the business practices of Kentucky-based real estate brokers and agents violated the Sherman Act. Like Moehrl, the sellers in this case claimed, for a number of reasons, that the six percent commission, split between the seller’s and buyer’s agent violated the Sherman Act. In this case, the Court found that the sellers failed to meet their burden of proof. However, the court’s ruling did not explicitly state that the type of behavior engaged in by the agents in this case was not a violation of the Sherman Act, but rather that the sellers merely failed to prove such a violation occurred.

Current and Prior Lawsuit Compared

Moehrl is distinguishable from the previous lawsuit for several legal and practical reasons, including:

1. The Plaintiffs in Moehrl are armed with data that allegedly proves that in a competitive market the commission charged would be lower than the customary six percent;

3. Arguably, the law firms spearheading the plaintiffs’ lawsuit in Moehrl have a proven track record for success in class action lawsuit of this nature and magnitude.

As such, the plaintiff in Moehrl may succeed where previous lawsuits have failed.

Further Risks to Brokers and Agents

Real estate brokers and agents who believe that Moehrl is only a risk to the major real estate associations may be taking an ostrich-like approach to this matter because there is potential risk to even small brokers and individual agents.

Florida has statutes modeled after the Sherman Act, which individual sellers and smaller firms may be able to piggy back in state courts onto a plaintiff’s victory in Moehrl. Of additional concern is that sellers may be able to slightly tweak the allegations contained in Moehrl into other causes of action, such as breach of fiduciary duty, civil conspiracy, and unjust enrichment.

What’s more, even buyers’ agents may be at risk from their own clients who may allege that their agents breached their fiduciary duties by steering them towards sales that were aimed towards maximizing the agents’ commission rather than those sales that were in the best interest of the clients.

To be an Ostrich or an Eagle

Given the foregoing, it is important to ensure proper planning and responses are taken when faced with the risks discussed above. This process includes keeping a keen eye on:

• Enacting a proactive legal review of pricing and practices to eliminate or minimize possible antitrust claims;

• Updates in the status of the Moehrl lawsuit;

• Changes in client behavior and increased questions regarding commissions;

• Alternative business practices which can be swiftly implemented should the plaintiff in Moehrl prove successful;

• Threats from sellers or buyers who may see Moehrl as an opportunity to retroactively negotiate a lower real estate commission or claw back one already paid;

• Any lawsuit filed against you or your company patterned after the allegations in Moehrl.

To learn more, please contact call litigation attorney Daniel VanEtten at 941.748.0100 or email him at dvanetten@blalockwalters.com.