It was a distinct honor to sponsor the 2021 Tribute to Heroes Memorial Luncheon at The Grove Restaurant in Lakewood Ranch, Florida. Men and women in uniform, community leaders and public officials gathered to remember the hundreds of emergency workers who gave their lives to save others on the fateful day of September 11, 2001. Attorneys Will Robinson, Taylor Falkner, Marisa Powers and Mark Barenebey, and Marketing Director Jill McGarry attended the luncheon on behalf of the firm.

An annual Tribute to Heroes Memorial Service was held at the Bradenton Riverwalk Emergency Services Memorial. Land use
and local government attorney Mark Barnebey attended the service, which is a joint effort of local fire departments, law enforcement and emergency services.

Speakers at the Tribute to Heroes observance were Bradenton Mayor Gene Brown and Palmetto Mayor Shirley Groover Bryant.
“Our mantra is ‘never forget,’ and this year it is also ‘restoring American patriotism,’” said Michael Williamson, division chief of the Parrish Fire District and Tribute to Heroes event co-chair. 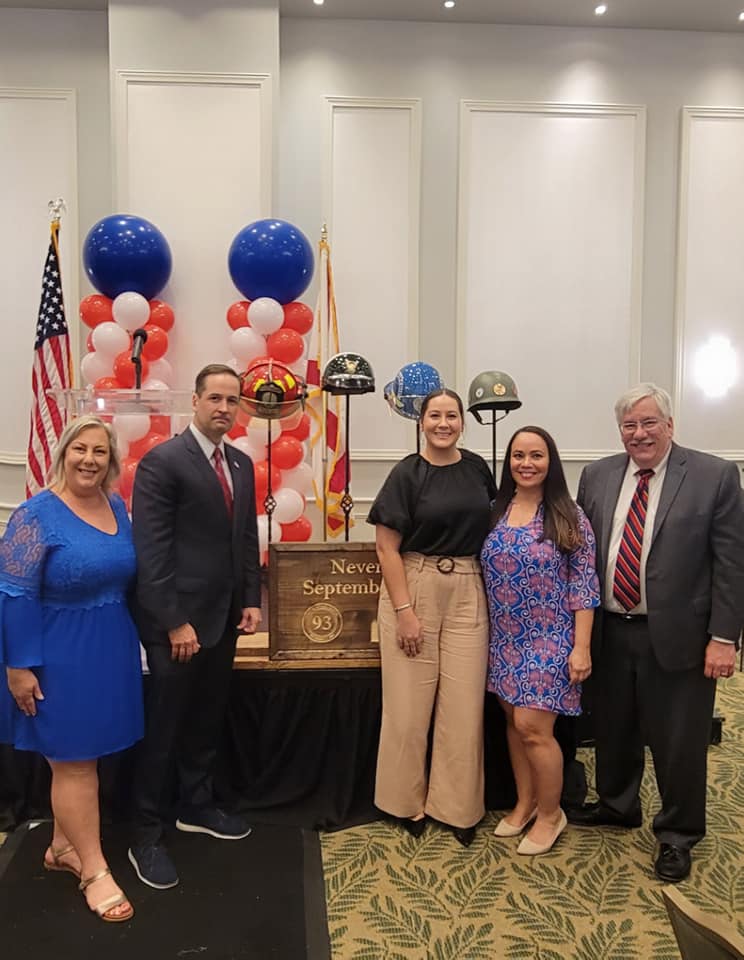